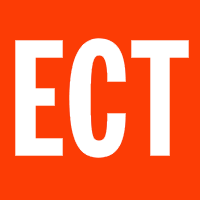 “The new WATT 200 system we delivered further builds upon our extensive expertise in  designing and building persistent tethered aerial platforms. By integrating VNC’s FeatherLite small cell platform into WATT 200, we have created an unique drone-based LTE capability that  can be deployed in 5 minutes and provide long duration connectivity at the touch of a button,  “said Felicia Hess, Chief Executive Officer of Drone Aviation.

The aerial LTE network creates a “bubble” radius around the drone that increases connectivity  for a short period of time in the case of emergencies- all without any existing infrastructure. If needed, the system can seamlessly connect to an existing system through SATCOM, microwave  backhaul, and wired infrastructure. The actual LTE network system itself is just as hassle-free with its portable design, compacted into two-ruggedized suitcases.

COMSovereign paid special attention to feedback and needs to create an LTE network solution that could better support consumers from all work-fields by integrating targeted and upgraded  features. Their goal was to make sure consumers could thoroughly utilize a fully operational LTE network that was independent of existing infrastructure.

“Based upon feedback from telecom service companies, operators, and government agencies, we believe that there are many potential customers with stringent requirements that can only  be solved with a rapidly deployable network solution. Our tethered drone system delivers many benefits including improved safety, secure communications, and uninterruptible ground-based power, allowing sustained airborne communications and operations unmatched by battery  powered drones. We intend to build upon the flexibility of our tethered aerial platforms with  multiple solutions planned for release in the next few months designed to enable a broad set of  capabilities for service companies, operators, first responders, and military/intelligence users,”  added Dr.Dustin McIntire, COMSovereign’s Chief Technology Officer.

MyHive Global Bringing Back The Human Aspect To Virtual Collaboration

Is Digital Transformation Real or Hype?

The Great Wall Of Economic Distancing

ABOUT US
The Emerging Cloud Tech News will showcase technology companies' news and writer's articles to thousands of channel partners. Including MSPs, VARs, and Technology Consultants to their customers and partners.
FOLLOW US
© Powered By Canadian Channel Partners

Subscribe to our newsletter below to keep up with technology's latest!